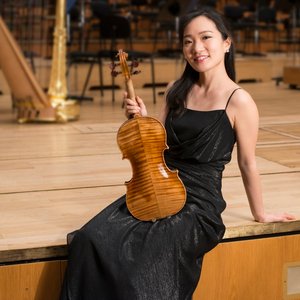 Born in Tokyo in 1988, Asami Yamada received her first violin lessons at the age of four. She was a student of Gérard Poulet, Oleh Krysa and Natsumi Tamai at the Tokyo University of Arts and received her Master’s degree in 2011 before joining the Ensemble of Tokyo. She continued her studies at the Hochschule für Musik und Theater München under Prof Ingolf Turban.

Between 2014 and 2016 Asami Yamada was academy player of the Munich Philharmonic Orchestra before becoming a fixed member for the second violins.