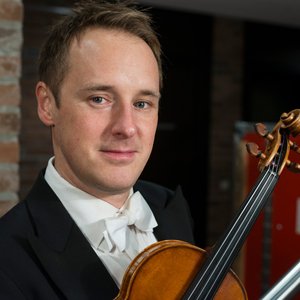 Born in the French city of Lille, the musician began playing the violin at the age of eight; from 1995 to 1997 he studied in Paris with Suzanne Gessner. After that Clément Courtin joined Igor Oistrakh's class in Brussels, where, after studying for eight years, graduated with a master's degree in 2005. From 1997 to 2002, Courtin was concert master of the Amadeus Chamber Orchestra in France, with which he also made solo guest appearances in several countries including Norway, China and Japan.

After further studies as a scholarship student in the Orchestra Academy of the Munich Philharmonic in 2004, he became a regular member of the second violin section in that orchestra in 2006. Besides his orchestral activities, Clément Courtin also takes part in a number of chamber music projects and in 2008, he played the Tchaikovsky Violin Concerto with the Siemens Orchestra at Munich's Herkulessaal.