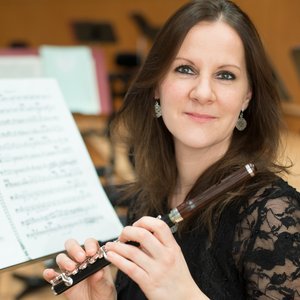 Born in Rosenheim, Gabriele Krötz first trained to work in a bank before moving on to the Richard Strauss Conservatory in Munich where she studied with Elisabeth Weinzierl-Wächter and Phililippe Boucly. After completing her diploma requirements she transferred to the Salzburg Mozarteum to continue her studies with Michael Martin Kofler. Master classes with Peter-Lukas Graf and Tatjana Ruhland rounded off her education. After an orchestra internship with the Bavarian Orchestra Academy and the Nuremberg Symphony, Gabriele Krötz played from 2008 until 2010 as a substitute with a variety of orchestras such as the Munich Symphony and Philharmonic Orchestras, the Symphonieorchester des Bayerischen Rundfunks and the German Chamber Philharmonic in Bremen before becoming the piccolo flutist in the Munich Philahrmonic in December of 2010.