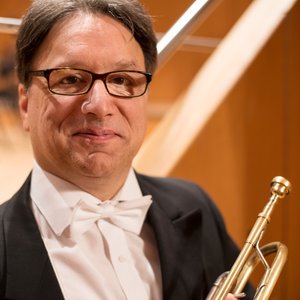 Born in Bree in north-eastern Belgium, the musician completed his training on the trumpet at the conservatories in Brussels and Liège; after that, he worked with Pierre Thibaud in Paris, where he continued his studies in close collaboration with Maurice André and Roger Delmotte. While still a student, Guido Segers won a number of awards, including first prizes in the categories of trumpet, transposition and chamber music at the Royal Music Conservatory in Brussels, as well as first prize in the solfège competition; awards at the "Pro civitate" and "Jenuto" competitions followed. From 1981 to 1985, Segers was a member of the European Community Youth Orchestra, with which he appeared in several European music centers. In 1985 he became principal trumpeter with the Belgian National Orchestra and concurrently a trumpet instructor at the Music Conservatory in Brussels. From 1989 to 1994 he additionally taught in Maastricht. Since 1994, Guido Segers has been principal trumpeter with the Munich Philharmonic; besides this, he serves as a professor for trumpet at the Music Academy Felix Mendelssohn-Bartholdy in Leipzig.