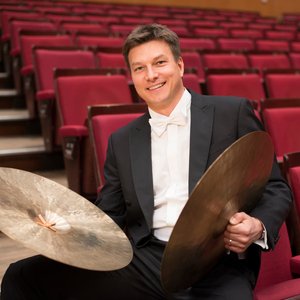 Jörg Hannabach received his training from Arnold Riedhammer at Munich's Richard Strauss Conservatory and at the Academy of Music in Frankfurt, where he graduated with an Artist's Diploma. In 1992 he bercame a member of the State Philharmonic of the Rhineland-Palatinate before being engaged in 1998 as deputy principal timpanist in the Münchner Rundfunkorchester. Since 2009 he's a member of the Munich Philharmonic Orchestra.

Jörg Hannabach is a drummer and percussionist in a number of ensembles, such as the percussion duo "Municussion" and the percussion quartet of the Munich Philharmonic Orchestra. From 2001 to 2008, he was a member of the faculty at the Music Academy in Augsburg.