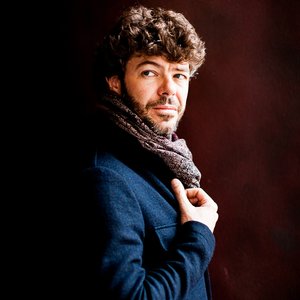 Pablo Heras-Casado enjoys an unusually varied and broad-ranging career, encompassing the great symphonic and operatic repertoire, historically informed performances, and contemporary scores. A musical character best reflected by the quality of the long-term relationships nurtured with prestigious orchestras around the world, he continues to develop new connections and exciting programming each year.

In great demand as guest conductor, he regularly appears in Europe with the Philharmonia and London Symphony orchestras, Orchestre de Paris, Münchner Philharmoniker, Symphonieorchester des Bayerischen Rundfunks, Staatskapelle Berlin, Orchestra dell​’Accademia Nazionale di Santa Cecilia, Tonhalle-Orchester Zürich and Israel Philharmonic Orchestra, amongst numerous others. He has also conducted the Berliner and Wiener Philharmoniker, the Mariinsky Theatre Orchestra, while in North America he is seen with the symphony orchestras of San Francisco, Chicago, Pittsburgh, Minnesota, Philadelphia, the Los Angeles Philharmonic or the Orchestre symphonique de Montréal. Heras-Casado was Principal Conductor of Orchestra of St. Luke’s in New York between 2011 and 2017, having performed at Carnegie Hall and recorded together.

In the operatic field, he currently leads over four consecutive seasons, until 2022, Wagner’s complete Ring Cycle at Teatro Real in Madrid, where he is Principal Guest Conductor, and with the Wiener Staatsoper presents Monteverdi’s L’Incoronazione de Poppea during 20/21 with a revival planned for 21/22 seasons. He has also presented successful performances with The Metropolitan Opera in New York, Festival d’Aix-en-Provence, Festspiel Baden-Baden and Deutsche Oper Berlin.

He enjoys a fruitful collaboration with Freiburger Barockorchester, featuring extensive touring and recording projects, including appearances at Mostly Mozart Festival at Lincoln Center, Festival d’Aix-en-Provence, BBC Proms and Het Concertgebouw in Amsterdam, as part of a residency as Spotlight Artist of the NTR Matinee series of the historic hall. Recently he developed a close partnership with Verbier Festival and was Director of the Granada Festival since 2017.

His extensive discography includes a developing series for harmonia mundi, recognized as 2018’s Label of the Year at the Gramophone Awards, entitled ​“Die Neue Romantik”, with music by Mendelssohn, Schumann or Schubert. The latest releases focus on works by Beethoven in celebration of the composer’s anniversary in 2020, including Symphony No. 9, the complete Piano Concerti and Choral Fantasy, featuring Kristian Bezuidenhout on fortepiano, or the Triple Concerto, with Isabelle Faust, Jean-Guihen Queyras and Alexander Melnikov, amongst other smaller orchestral works. Other discs on the label include albums dedicated to Manuel de Falla, with Mahler Chamber Orchestra; Debussy, with Philharmonia Orchestra; Bartók with Münchner Philharmoniker and Javier Perianes; a DVD release of Wagner’s Der Fliegende Holländer at Teatro Real; and Monteverdi​’s Selva morale e spirituale with Balthasar-Neumann-Chor & Ensemble. A recipient of numerous awards, including the Preis der Deutschen Schallplattenkritik, two Diapason d’Or, and a Latin Grammy, he also recorded for Deutsche Grammophon, Decca and Sony Classical.

Musical America’s 2014 Conductor of the Year, Pablo Heras-Casado holds the Medalla de Honor of the Rodriguez Acosta Foundation, Medalla de Andalucia 2019 and Ambassador Award of this region. He is Honorary Ambassador and recipient of the Golden Medal of Merit by the Council of Granada, as well as Honorary Citizen of the Province of Granada, his hometown. In 2018 he was awarded the title Chevalier de l’ordre des Arts et des Lettres of the French Republic.

Highly committed to the Spanish charity Ayuda en Acción as a Global Ambassador, Heras-Casado supports and promotes the charity’s work internationally, and conducts an annual charity concert at Teatro Real in Madrid.