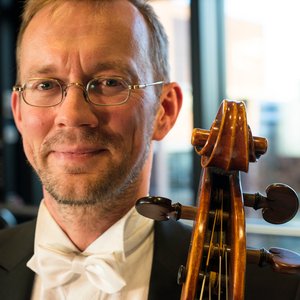 The musician was born in Neubrandenburg and began his cello studies in 1981 at the music school in his native city. In 1985 he was accepted as an outside student at the "Special School of Music" of the Hanns Eisler Music Academy in Berlin, and from 1986 he was then accepted as a regular student there, majoring in violoncello, piano, chamber music and music theory education, as well as serving as a member of the orchestra. In 1990 Sven Faulian won 3rd prize at the Johann Sebastian Bach Competition for secondary school and university students in Leipzig. In 1995 he was then accepted into the violoncello master class at the Berlin Music Academy. During the years from 1996 to 2000 he was a regular substitute with the Neubrandenburg Philharmonic and took part in classes at the International Orchestra Institute in Attergau, Austria as well as embarking on an internship with the German Symphony Orchestra in Berlin, an ensemble supported by the Ferenc Fricsay Foundation. In 2000, Faulian began a course leading to his performance examination with Michael Sanderling at the Hanns Eisler Academy in Berlin, concluding his studies in 2002 at the Academy of Music and Performing Arts in Frankfurt on the Main. Starting in September 2002, Sven Faulian was a cellist in the Radio Symphony Orchestra in Berlin. Since April of 2005 he is a member of the cello section of the Munich Philharmonic.